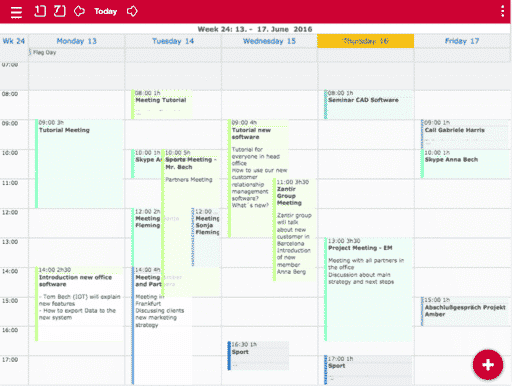 How efficient processes can be merged with best possible security shows EGroupware with its latest release of version 14.1, which was made public today, 10th July 2014.

With users worldwide, which number in the hundred thousands and a marked presence of more than 11 years, EGroupware is one of the most successful browser based Open Source team management applications. The developers have positioned the software as an alternative to products like Microsoft Office 365, business server solutions like Exchange or Google.

For community as well as enterprise users, the completely new developed user interface in particular as well as e.g. the new email client, the admin module and hundreds of new functions are milestones, which set apart (distinguish) the new release from its former versions.

Up to date technologies allow smooth working helped by clever functions, which leads to comfortable working by browser known formerly only to fat clients.

Software development based on jQuery, Javascript and PHP provide most modern features like auto-complete, drag & drop of files and entries, hiding of not needed controls, context menus and easier data upload with nearly unlimited data size as well as a wealth of new security functions like a restrictive content security policy and strong password encryption.

Furthermore, the synchronization with mobile devices was immensely simplified by including ActiveSync, CalDAV/Card/DAV and WebDAV into the installation packages.

According to Stylite’s statement, the international developer team has invested about 6 man years development time into the new release. ”We believe in a free internet and are very confident about the future importance of online collaboration” Ralf Becker, one of the driving forces behind EGroupware and Managing Director Stylite AG, emphasizes.

Hence, EGroupware will offer highest security standards and up to date technology for its users in the future. For example, collaborative editing of documents via web browser and encrypted real time communication are already in development.